From aviation function to a sought after fashion brand, the story of Ray Ban is fascinating.

As planes developed and were able to fly higher and for longer, there was a need to create glasses with UV protection that could also combat glare, without reducing vision for army pilots in 1937. Tinted lenses and the wide aviator shape were developed. Civilians, keen to emulate their air force heroes quickly adopted the look. 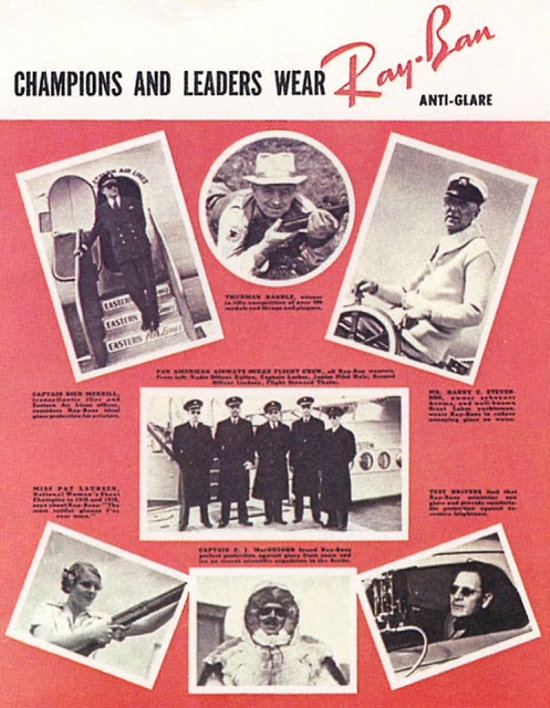 The Wayfarer frame was introduced in the 1950s and quickly became a favourite of film makers. They used its dark lenses to convey an independence of spirit and alternative style, epitomised in 1955 by James Dean in Rebel Without a Cause. This classic frame style was just about to be withdrawn after falling out of favour in the 1970s, when it was given a new lease of life in the 80s after being selected for Tom Cruise’s character in Risky Business! Sales exploded and the Wayfarer’s place in history became set in stone.

Today, Ray Ban sunglasses are still instantly recognisable and epitomise the marriage of function and style. In 2016, Prince William and Kate even stepped out in matching Ray Bans during their Canada tour.

To find your perfect pair, come and see our expert staff today. We can help you get in touch with your own classic style by finding the right pair of Ray Bans for you!